How to Overlay an Animated Gif on a Video using FFmpeg

In this article we learn how to use FFmpeg to take an animated gif and loop it over a video, handy for overlaying animated watermarks.

A common operation in FFmpeg is overlaying an animated asset on top of a video. Why would you want to do this? One common pattern is needing to add an animated watermark on a video - this might be a company logo, or some kind of animation.

In a previous article we discussed how to overlay static images.

You can read that article here.

In this article we will focus on overlaying an animated gif which uses a similar process, but with a few important tweaks.

Assuming that you have a video named video.mp4 and an animated gif named animated.gif - the FFmpeg command to overlay the gif on the video is as follows:

This will overlay the gif at the top left corner. The important part here is the command -stream_loop -1 which loops the gif infinitely over the video.

You also need to use the shortest=1 flag, otherwise the FFmpeg process will render infinitely.

It is also possible to change the size of the gif overlay if you need to, using the ffmpeg scale command as part of the filter_complex block.

Use the Bannerbear API

If you need an easy way to apply GIF overlays then you can try using the Bannerbear API.

From our Knowledge Base

Here is some further reading from our knowledge base: Can I overlay an animated gif logo on my Bannerbear video templates? 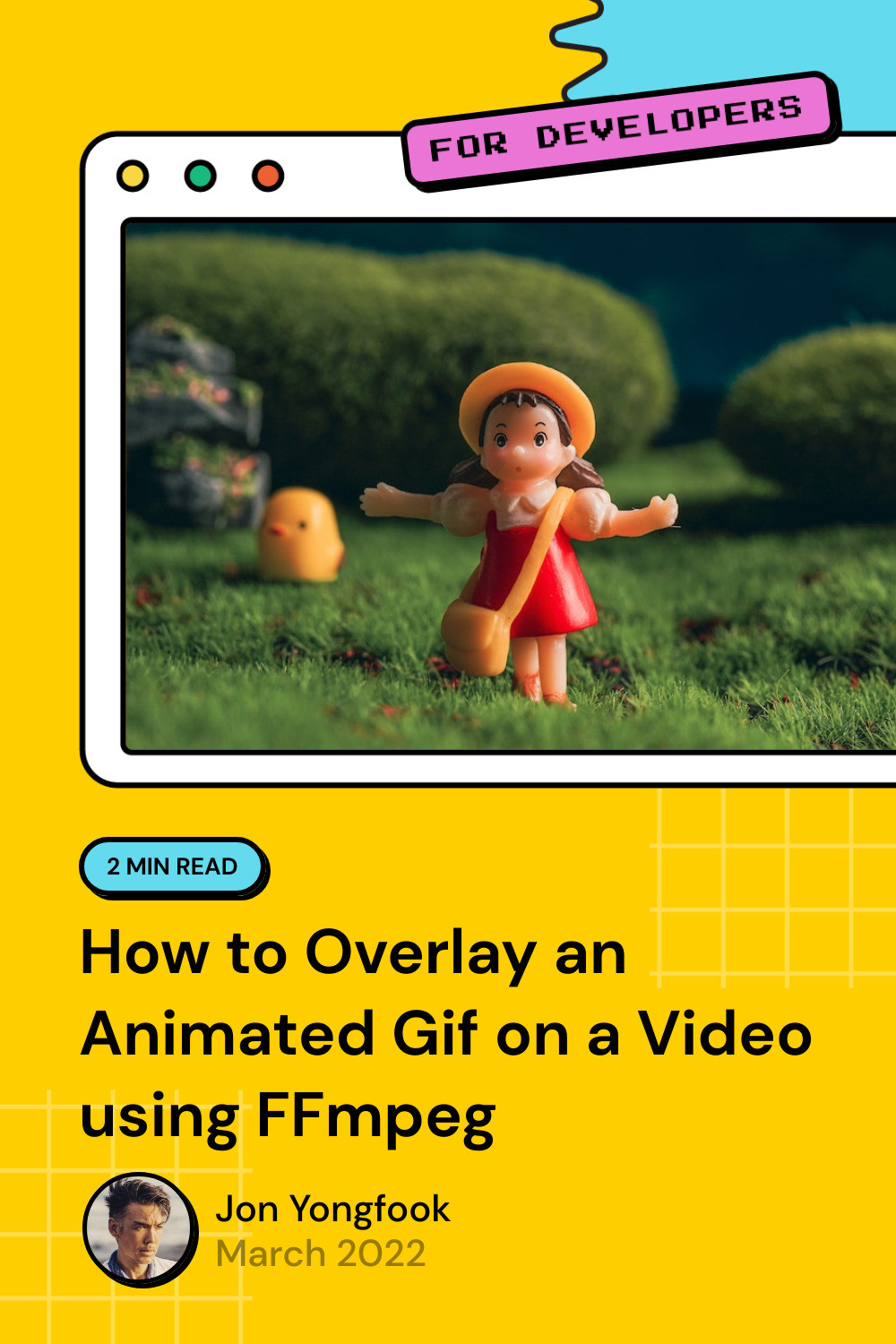 Increase brand awareness and stand out among other competitors on social media using unique Open Graph images that can be generated dynamically.

5 Ways To Make An HTTP Request in Javascript

There are several ways to make an HTTP request using Javascript depending on the requirements of your application. This article covers some of most popular ways.