How to Extract Images from a Video Using FFmpeg

This tutorial will show you how to use FFmpeg to extract images from a video in multiple ways.

FFmpeg is a very robust tool for different types of media operations, including extracting images from a video. You can use it to generate thumbnails for your videos or take a screenshot of the video at any given time.

In this tutorial, we will be using the FFmpeg command-line tool to extract images from the video below using several different commands.

It contains multiple tools for end-users to convert, play and analyze media files and libraries for developers to use in different applications.

You will need to download FFmpeg for this tutorial to extract images from a video. For reference, the version of FFmpeg used in this tutorial is v5.0.1.

This is the basic command for extracting images from a video using FFmpeg:

By default, FFmpeg uses a frame rate which is the same as the video source. Frame rate is also known as frame per second (fps). It is the measurement of how quickly a number of frames appear within a second. As FFmpeg extracts images from a video following its frame rate, the frame rate will decide how many images will be extracted for every second of the video.

To know what is the frame rate of your video, you can run this command:

The information about the video will be printed in the terminal. You should get a result similar to this:

From the screenshot above, the frame rate of the video is 30 fps. This means that 30 images will be extracted for every second of the video when running the basic command ffmpeg -i input.mp4 %04d.png. As a result, a total of 274 images will be generated from the input video.

This is because the length of the video is 9.13 seconds, and 30 images will be generated from every second of it (30 images x 9.13 seconds).

We can generate different outputs by adding some extra arguments to the basic command. Let's see what we can do.

You can change the frame rate by adding the argument -vf fps or -filter:v fps with the number of frames to the basic command. It is a filter that will convert the video to the specified constant frame rate by duplicating or dropping frames as necessary.

For example, adding -vf fps=1 to the basic command will re-encode the video to 1 fps. The frames of the video will be dropped as the original frame rate is 30 fps. The total number of images extracted from the video will become 9 (1 image x 9.13 seconds).

By adding -vf fps=1 to the basic command, you can extract an image for every second of the video. What about extracting an image every n seconds?

You can do this by adding the same argument -vf fps but with different values. You can extract images at a constant time interval by using fractions. For example, -vf fps=1/4 will output an image every 4 seconds.

Extracting Images at a Given Time

In the tutorial How to Make a GIF from a Video Using FFmpeg, -ss "x seconds" and -t "y seconds” are added to the command to specify the part of the video that we want to convert.

The -ss argument needs to be placed before the input video -i in the command. This will parse the input using keyframes and make the image extraction faster compared to other methods.

The command above seeks 00:04 into the video and starts extracting images from that point until the end of the video. You will have a total of 154 images as the total duration of the video becomes 5.13 seconds long (30 images x 5.13 seconds).

The comparison below shows that the image extraction starts from 00:04. 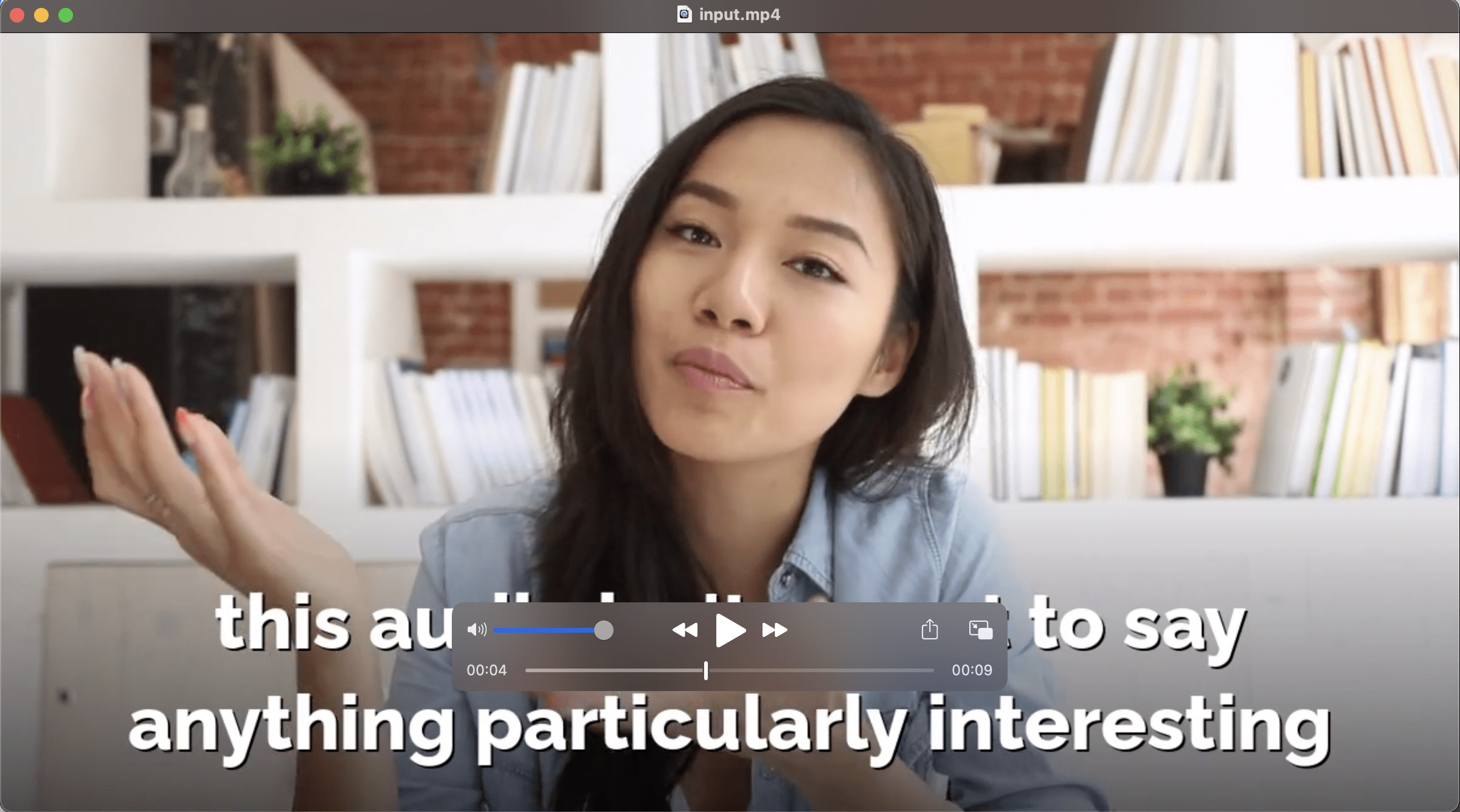 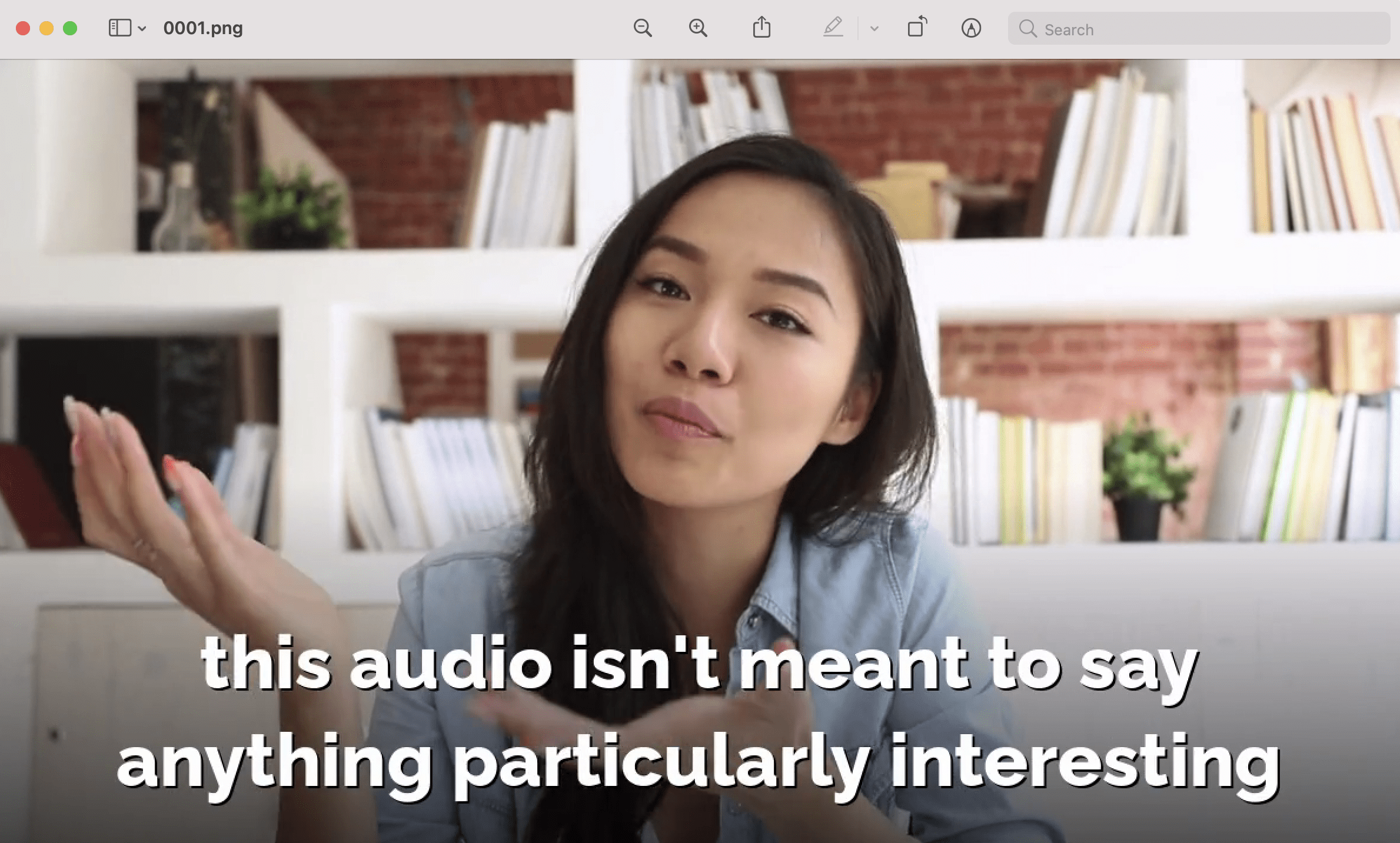 Here's a screenshot of the video paused at 00:06, which is 2 seconds from the specified starting time: 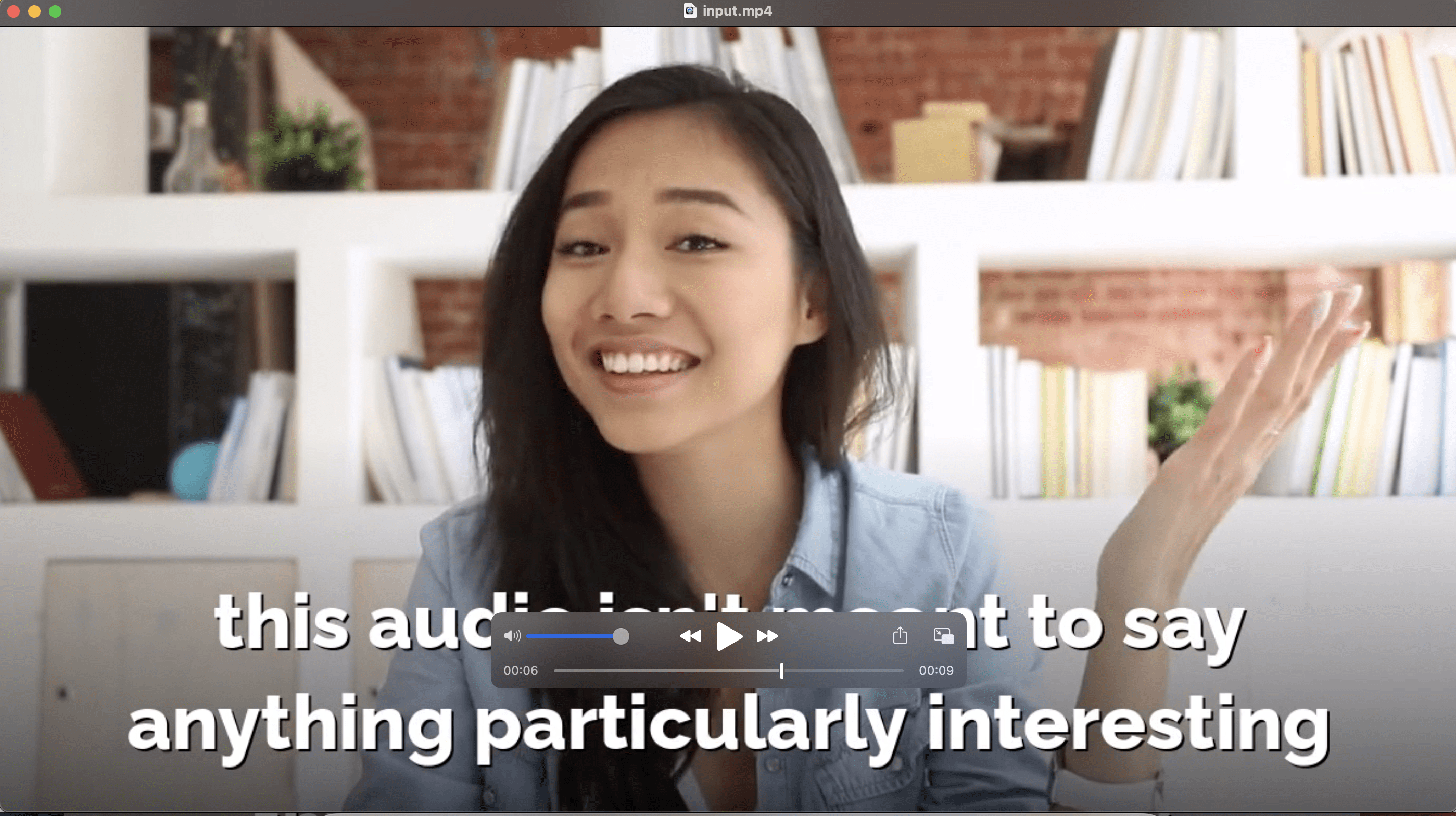 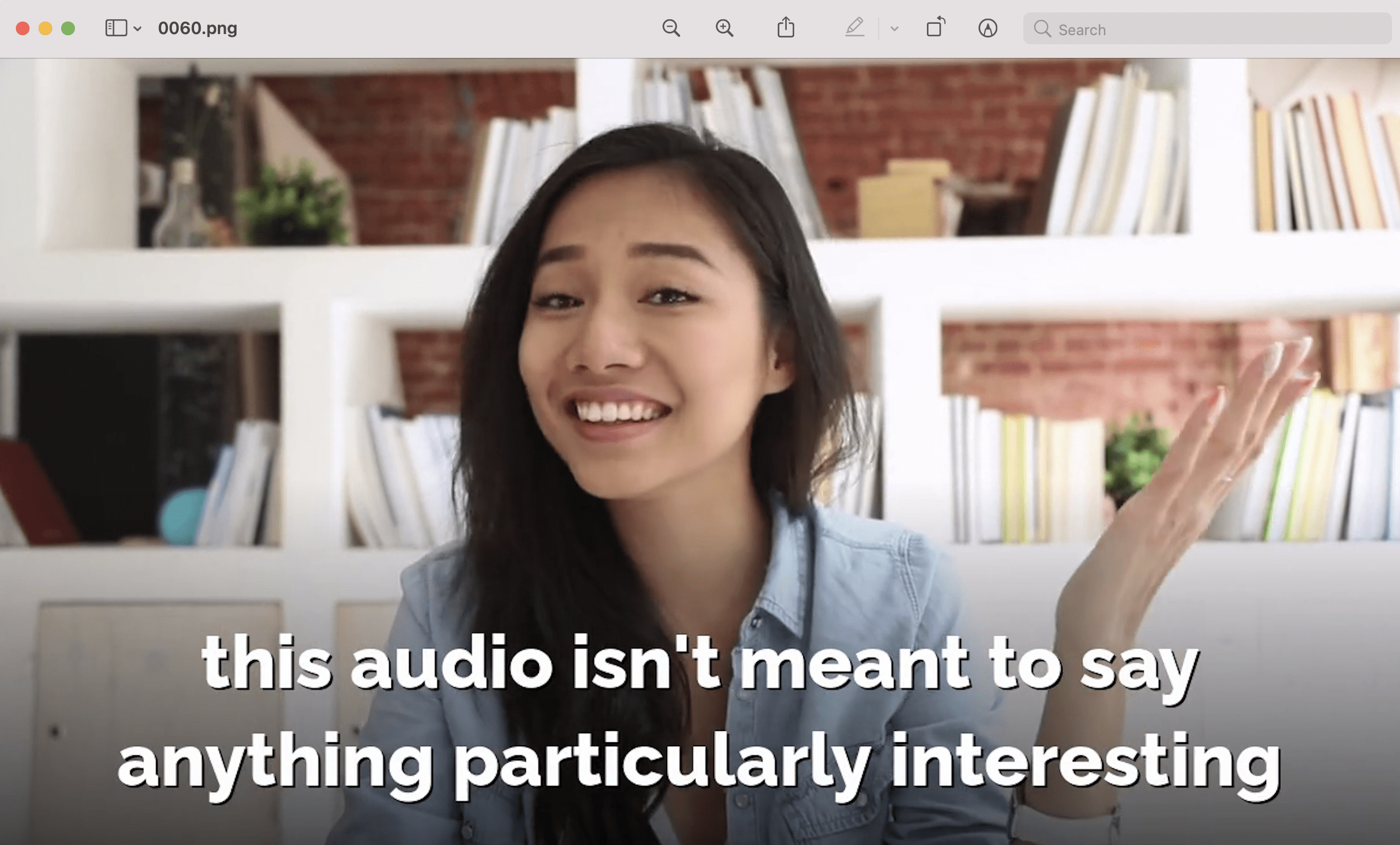 To extract only an image at a given time like how you would normally take a screenshot, add -frames:v 1 to the command. This will output a single frame at the time specified.

For example, this command will output a single frame at 00:04 of the video: 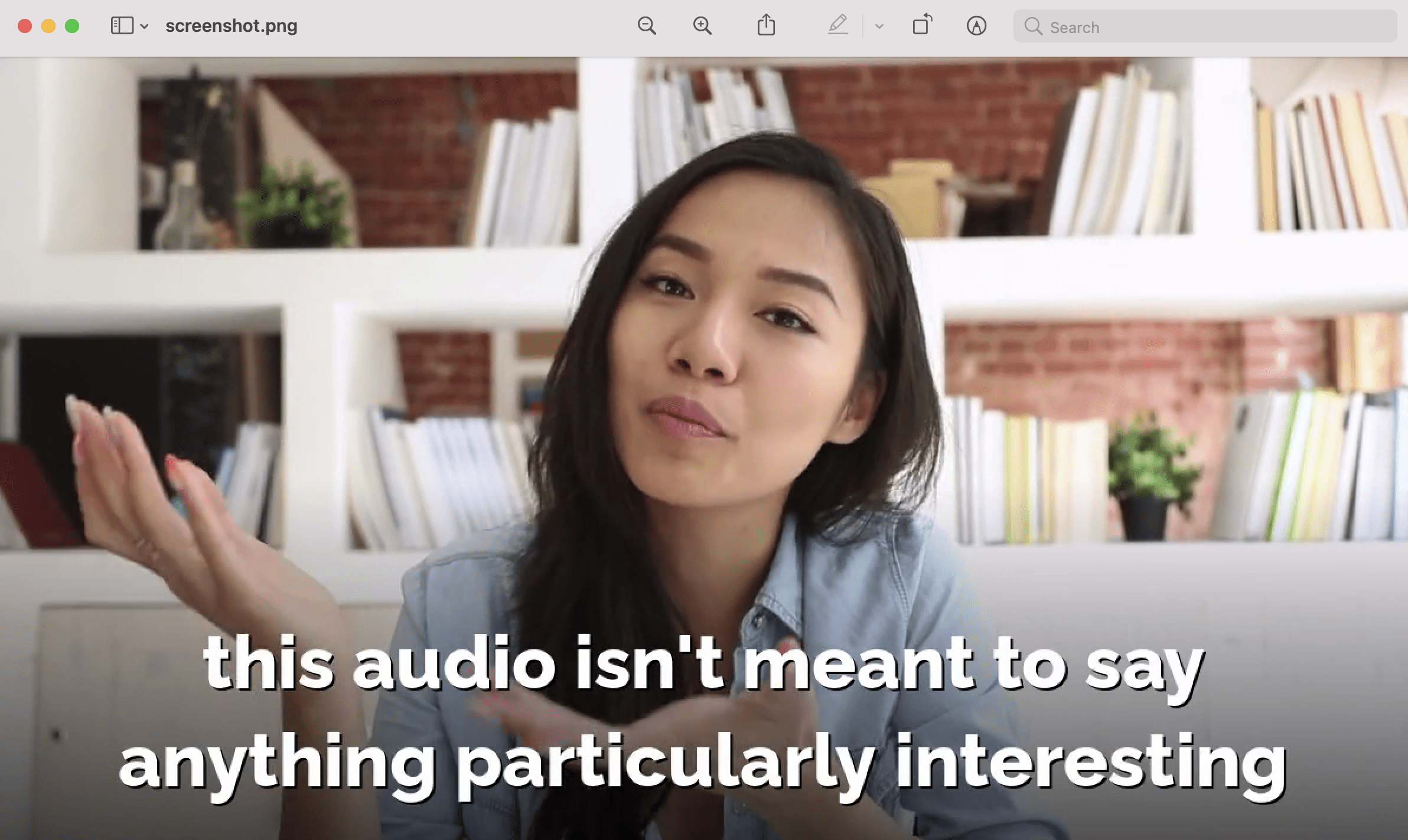 The size of the images will be the same as the original video by default. If you want to resize the images, you can add -s followed by the new dimension to the command. 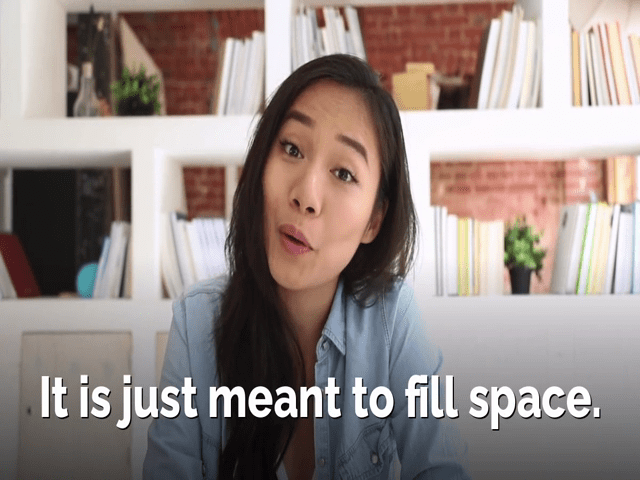 Although the command works fine,  the aspect ratio is incorrect. To make sure that the output image has the same ratio as the original video, we can use the scale filter.

The scale filter is a very powerful feature of FFmpeg which let you specify either the width or the height of the image and set the other component to -1 to keep the same ratio.

For example, the command above sets the width to 640 pixels. The height of the output images will be calculated automatically according to the aspect ratio of the input video. The resulting images will have a dimension of 640×357 pixels. 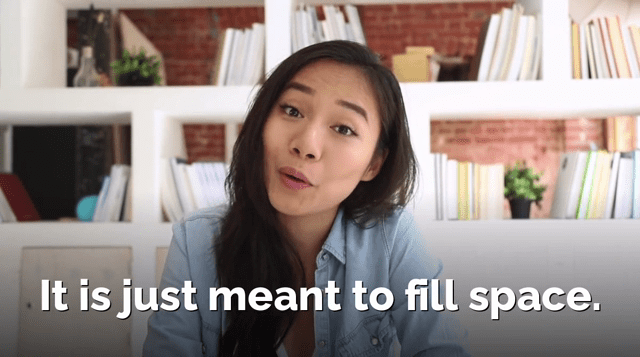 If you want to specify the height instead, set the first value to -1 and the second value to the new height. For example, adding -vf scale=-1:357 will set the height to 357 pixels and generate images with the same dimension as the image above.

In the previous examples, we use FFmpeg to extract images from a video. Do you know that you can do the other way round without using a video editing software too?

You can use Bannerbear Video Generation API to auto-generate videos from your images. The API auto-generates videos from a template which you can place different elements like watermarks, texts, company logos, etc. It is very handy when you always have a new video or a new set of images which needs to be watermarked.

Here is an example of a video that is generated from a collection of images using the API:

The video is generated using the template below using the Multi Overlay build pack. 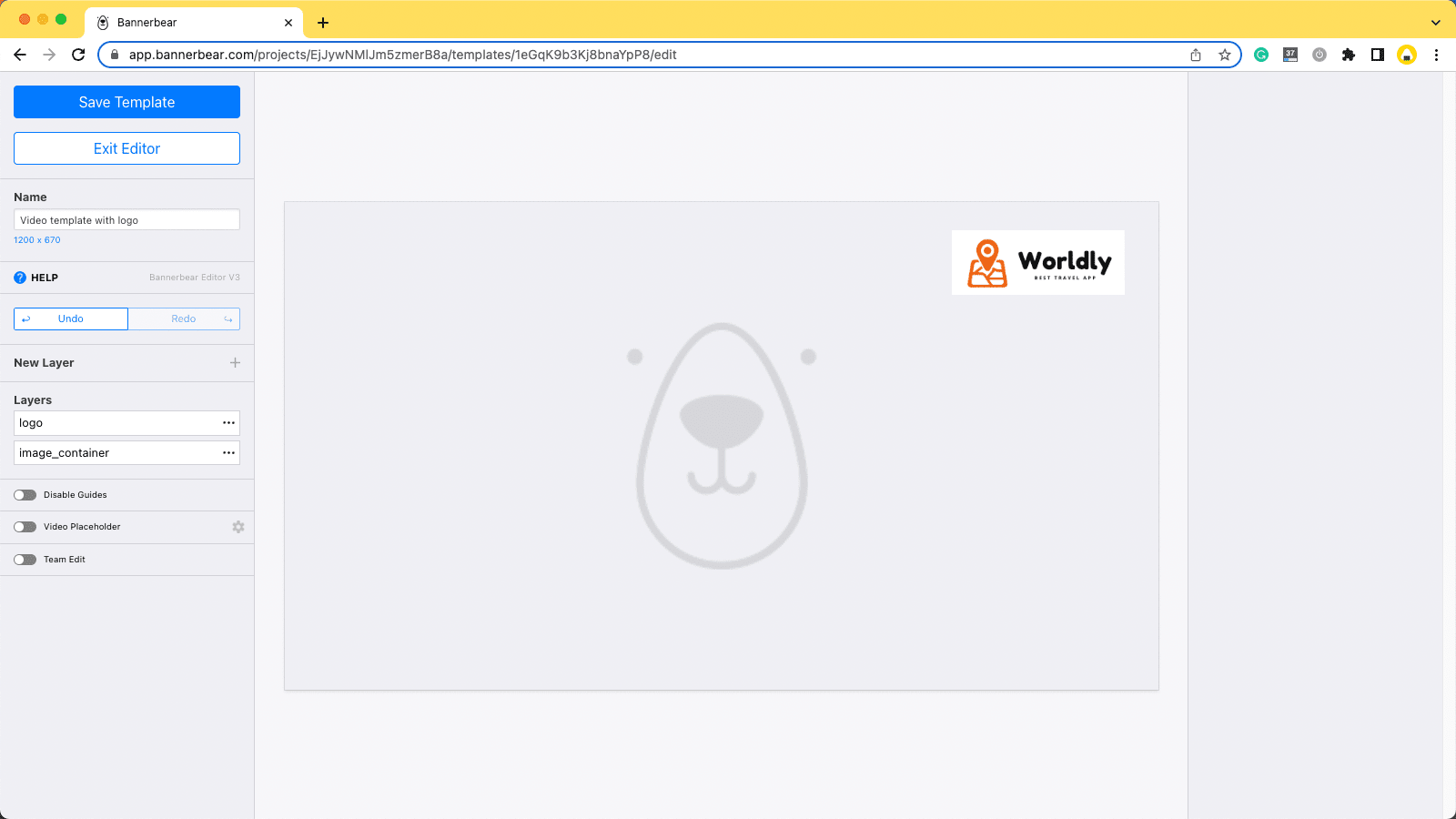 To generate a video using the template, simply pass the image URLs to the API like this:

That's how you auto-generate a video from a collection of images without using a video editing software.

The same template can be applied to a video as well but the parameters will be slightly different. You can learn more about it from the API reference.

Bannerbear Video Generation API can also auto-transcribe your videos and add subtitles to them. In fact, the subtitles in the video that we are using for this FFmpeg tutorial is also generated using the API.

Thanks for reading! I hope that you find this article helpful. Feel free to try using the FFmpeg commands in this article and Bannerbear API to transform your images and videos. 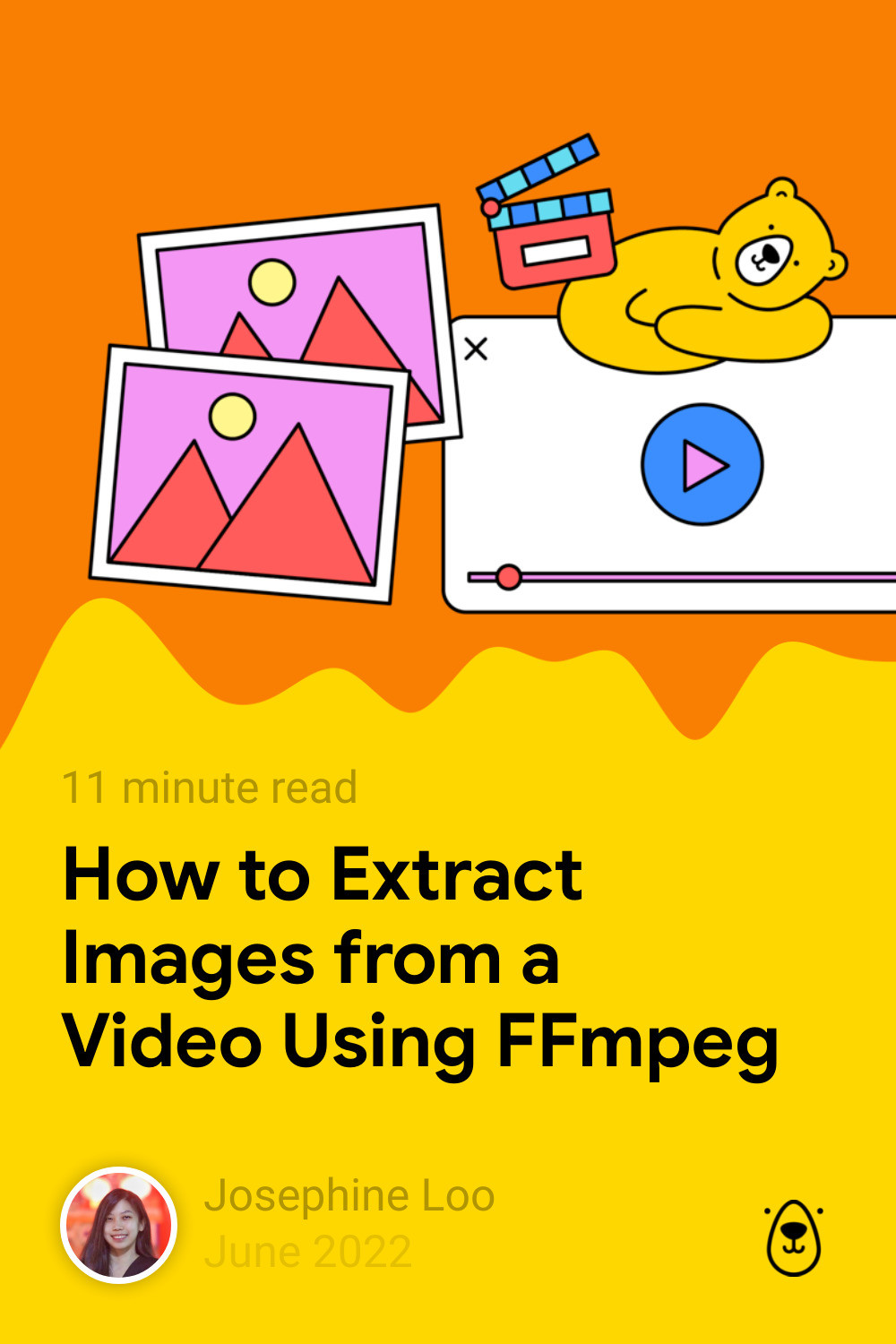 How to Take Screenshots with Puppeteer

How to Convert HTML into PDF with Node.Js and Puppeteer

In this tutorial, we are using two methods to convert HTML into PDF with Node.js and Puppeteer.

Image APIs make the production of visual content so much easier and here are 5 different types of image APIs you should try in 2022.