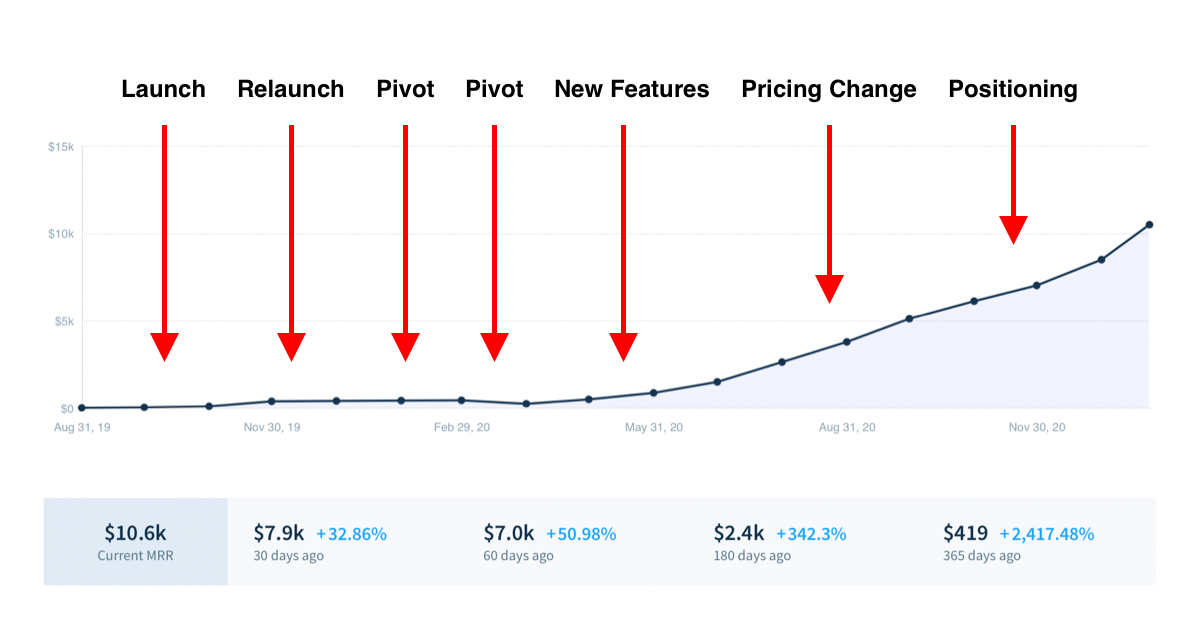 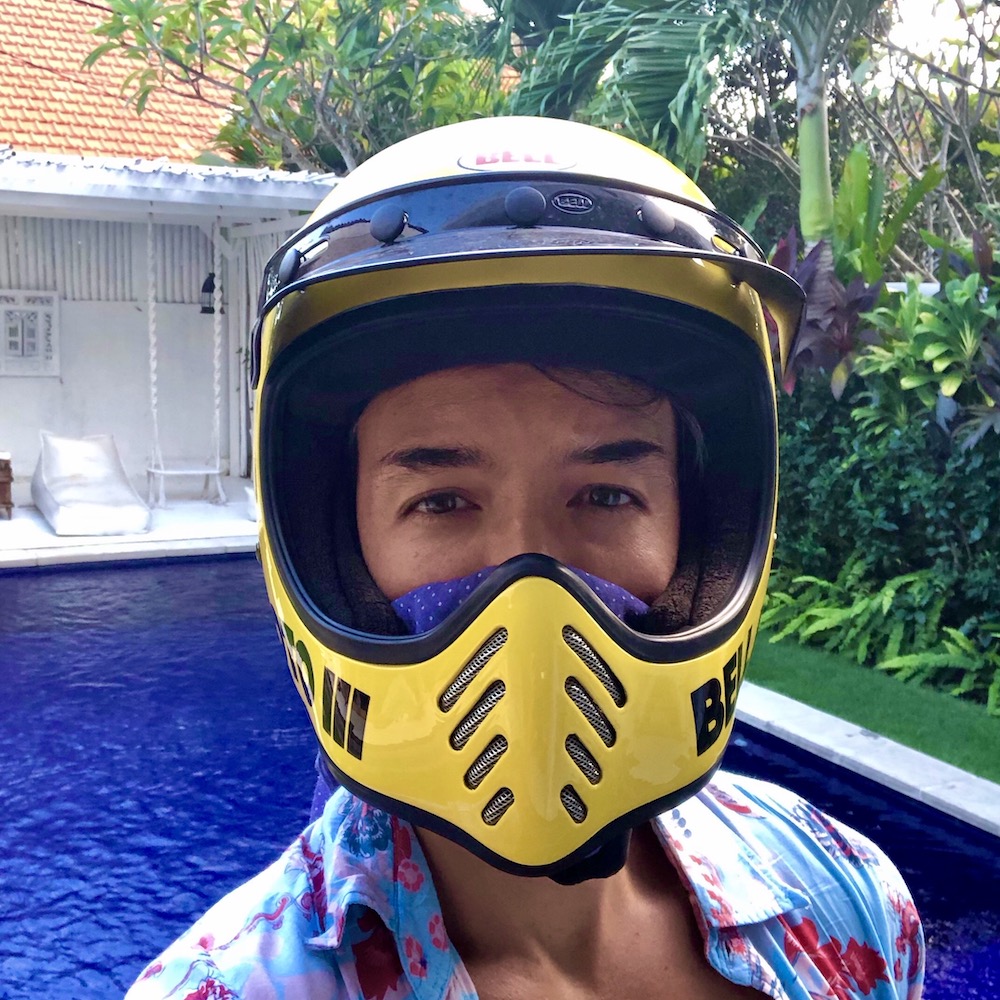 I'm Jon Yongfook the founder of Bannerbear.
$10K MRR is considered something of a SaaS Bootstrapping milestone so I thought I should document how I got here.

This is not a secret formula / growth hack, it is just a personal account of growing a startup. I hope this is useful if you're bootstrapping a SaaS!

I launched 7 startups but earned no direct revenue — none of them had a revenue model... which probably didn't help

One thing it was good for though, it helped me discover areas of tech that I was interested in exploring further i

The response was still a bit lukewarm, but I had some sense of a North Star I wanted to reach, so I kept going i

I decided the product was aimed at too small a market — sometimes niching down is good, but not if you are too niche to be useful i

This opened up many new use cases, but meant that Bannerbear was aimed at a different target user than before i

At the same time, I decided to pull out of the Shopify app store as I was not getting traction there i

Getting into a Rhythm

Over the next 6 months I divided my time into 50% coding and 50% marketing, shipping many new features and integrations

I would do one week of code, then spend the following week tweeting / blog posting about what I shipped — then repeat i

Inspired by Jobs to be Done I repositioned Bannerbear around 2 jobs that it performs: automating / scaling your marketing i

These represent two different users: one uses Zapier to set up automations, the other uses the API for high volume integrations

The keywords Automate and Scale are everywhere on the marketing site, the pricing plans, the categorisation of tutorials etc

I hope that was useful!

If I was to do the 12 startups challenge over, I would focus on one particular area of tech or industry and create several solutions in the same space.

The way I did it, I launched several totally-unrelated products. In retrospect I don't think this was a good idea, but it did have the unintended side-effect of allowing me to see what general space I enjoyed the most.

If you're direction-less (as I largely was) then the 12 Startups challenge can accelerate you towards a certain direction. But it can also be a fruitless waste of time, so be warned!

It only really occurred to me part way through this journey, but the reason automated image generation resonated with me so much is because I had felt the pain before.

I had previously worked in an Ecommerce company where we would manually create visual assets every day for all the new products being uploaded to the store. It was a tedious process that I would have loved to automate at the time, but there was no solution.

My North Star became trying to create a product that would have solved that past problem, for companies in the future.

This comment reply from the founder of Wavve was a good wake-up call.

By now I was already thinking about how to pivot the tech so it could have a more universal application rather than being confined to this single use case.

This pivot away from a standalone Open Graph image tool was risky, as for existing customers, that's what they signed up for.

The API launch definitely alienated some of these early customers and they churned.

Note: early customers still had full access to the old product but I made it clear that the API would be the focus going forward.

YMMV but I did not have much good fortune as a Shopify app developer. I found the API to be a bit dated (I'm sure it has been improved now though) and the customer expectation on pricing was around $5 to $10 per month, it seemed. For me it was not the right place to launch a niche SaaS tool.
7 days of code, 7 days of marketing, and end the cycle with a newsletter report to subscribers on what's new. This rhythm worked well for me and is adapted from my previous experience working in Scrum Sprints.

You can Google some literature on the topic, there wasn't one particular resource that I found helpful.

Once you have figured that out, use that language in how you market your solution.

I will add that, these "jobs to be done" for my app were not obvious in the beginning and it took months of looking at usage trends to understand what they were.

This is maybe a bit of an abstract concept, especially if you're like me and you're a technical founder building a product.

But here's an illustration by @SamuelHulick that I think captures the idea perfectly: