Will AI Ever Replace Designers? 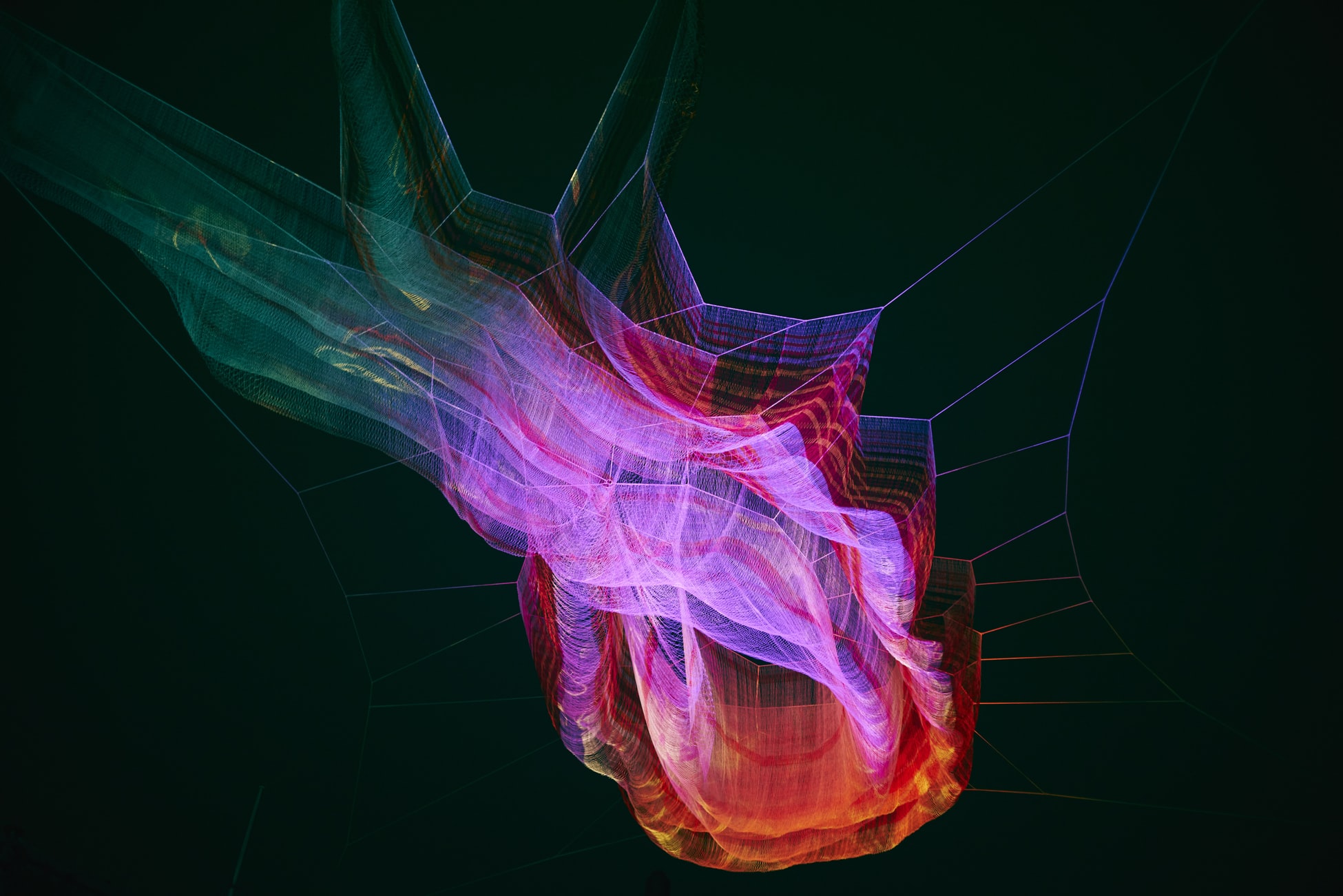 As a designer and programmer for the last 20 years, this is a question that interests me. Here are some of my thoughts.

The first step in any discussion about AI is to navigate exactly what we mean. The topic of Artificial Intelligence in popular media is a minefield of misused terminology.

Sometimes this is because the author doesn't understand the subject matter well enough, for example calling an algorithm an AI (which is incorrect). But often it's a cheeky act of intentional misinformation, for example a company calling their technology an AI (when it isn't) for maximum marketing or fund-raising effectiveness.

What do we mean by Artificial Intelligence?

Lets start by defining the three terms that generally get confused with each other. Those being algorithms, machine learning and artificial intelligence.

Algorithms are something you likely interact with on a daily basis. In software, these are user-defined rules that take in some sort of input, and give you another type of output in return. The apps you use on your phone every day are made up of many, many algorithms. Algorithms do simple things like sort lists of items from A to Z, remove unwanted data from larger collections of data… to more complicated things like decode or convert data from one type to another. The possibilities are limitless.

Machine Learning is when you have algorithms that automatically adapt / improve themselves. The most common use of machine learning is image recognition. Show a computer 1000 photos of an apple and through machine learning techniques, that computer begins to "learn" what an apple looks like. Now show it a new photo of an apple and it will be able to say with a degree of certainty whether or not it is indeed a photo of an apple. This new data point then gets added to the overall model and the process improves and becomes more accurate.

Artificial Intelligence is the broadest and least well-defined term of the three. Various definitions describe it as something along the lines of a level of computing intelligence sufficient to perform tasks commonly associated with intelligent beings. Since technology advances every day and our expectations of what computers can / cannot achieve changes along with it, this is something of a moving target. 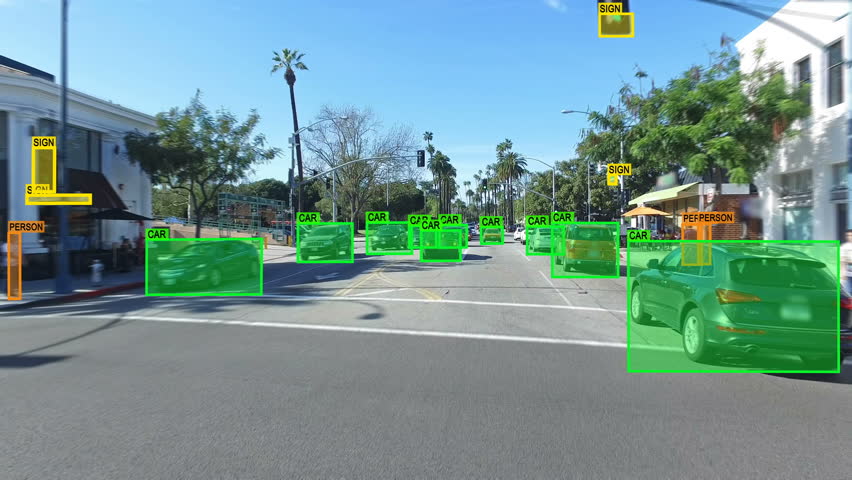 Probably the closest relatable example we have today of artificial intelligence are autonomous vehicles. A truly autonomous vehicle will have to constantly make a tremendous amount of human-like decisions if it is to keep its passengers safe and also stay lawful.

To give just one example scenario - think of speed limits. You could program an algorithm and sprinkle on some machine learning to enable a computer to read a speed limit sign. That part is simple enough. But what if there are no speed limit signs, or there is a sign but it was obscured by some dirt or a passing truck?

The AI would have to make a human-like decision, possibly inferring speed from other vehicles, from internal road map data, from the type of environment and more.

Lets extend this example to the design world. I would expect an autonomous design AI to be given a goal such as "design me a logo" and accomplish it by making a tremendous amount of human-like decisions. It would factor in things like my desired brand "feel", symbolism / metaphor, it would know when to take a step back if it's designing something too close to an existing logo, incorporate more loosely-defined attributes like recognizability / ownability… and more.

The existing AI logo makers you see on the web don't do anything remotely close to this. They mostly take a library of preset icons, a library of fonts and colour combinations, then mash them together and hope for the best.

So what can we achieve by using the above technologies in the design world?

Algorithms are alive and well in the design world, particularly in the space of automation and enhancement.

Algorithms can help companies to automate certain repetitive design tasks and achieve a level of efficiency that was previously not possible.

With Bannerbear this is mostly the space I'm working in - I think there's a tremendous amount of efficiency to be gained from applying algorithms to designs at scale. For example, designing unique social media poster images for every page of your website :)

Image recognition has already made a debut in the design world with UIzard - a company that turns your crumpled, coffee-stained paper scribbles into real design assets.

But I'm particularly interested in the space where machine learning meets automation.

Once you start automatically generating lots and lots of design assets, machine learning could be used to help classify them. Imagine you had a machine that could automatically create 1000 slightly different mockups of a landing page. There's no way you'd check through all 1000 of them, but with machine learning a system could pick the "best 10" to show you, based on your previous choices. 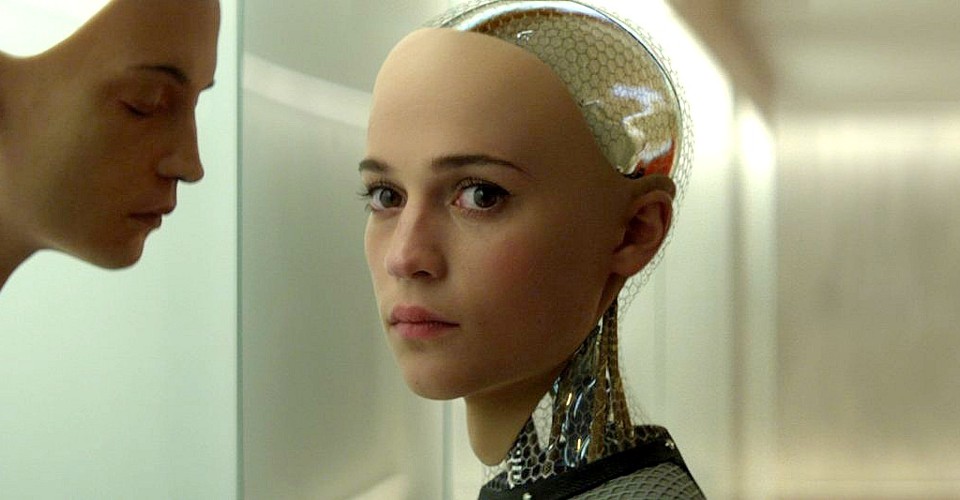 Which brings us to the final question. Will we ever see human-like intelligence being applied to the design world in a way that puts designers out of a job?

Personally I think no. We are very far away from that. And may never see it.

As I mentioned right at the start, I'm a designer / programmer, so will try not to put design on a pedestal too much. But here's three reasons why I think you won't be able to create your very own AI version of Sir Jony Ive.

1. Good design is too subjective

While it may be possible to use machine learning to whittle 1000 mockups down into a "top 10" for a human being to choose from, it would be impossible for that machine to choose the single "best" one.

What is a good design? It's an emotional reaction. Yes it's partly a function of typography and colours and language and other things that are definable and somewhat trainable for a machine to recognize, but choosing the "best" of anything inevitably means factoring in a whole bunch of other things that the machine won't be aware of.

The goals of a self-driving car are to get from A to B, while not causing accidents and / or breaking the law.

I don't want to downplay the significant challenges that engineers working on autonomous vehicles face, but at least those goals are easy to understand.

Goals of design tasks on the other hand tend to be a lot less concrete and often conflict with each other. Take the quintessential "design a logo" task for example. Requirements from a client might be to design it so that it looks "futuristic but friendly, simple but not simplistic…" and after several revisions you hear something like "can we make it look classier?".

But even if you did want to pour billions of dollars into an AI that can understand fuzzy design directions and gleefully respond with "sure I'll make that 10% classier, here you go" to a neverending stream of change request entropy, I think the main reason we won't see "true" autonomous AI designers is…

3. There's no commercial application for it

One reason why so much funding and activity is centered around AI for autonomous vehicles is because there are world-changing commercial applications for it. Not to mention that it will also save lives. The companies who put fleets of autonomous drivers on the road will enjoy incredible economic benefits.

But what would a commercial entity gain from creating a fleet of Jony Ives? A company doesn't need 10,000 genius-level product designers, they only need one. And it's cheaper to just find that one person and pay them a lot of money, rather than try to invent an AI to do it.

So in my opinion, our future robot overlords are, for now, our friends in the field of design.

We can use algorithms / machine learning to make the repetitive stuff more automated / efficient, or scale out our ideation processes. That's the space I'm going to be exploring. 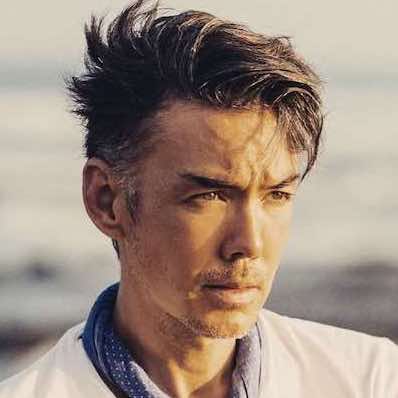